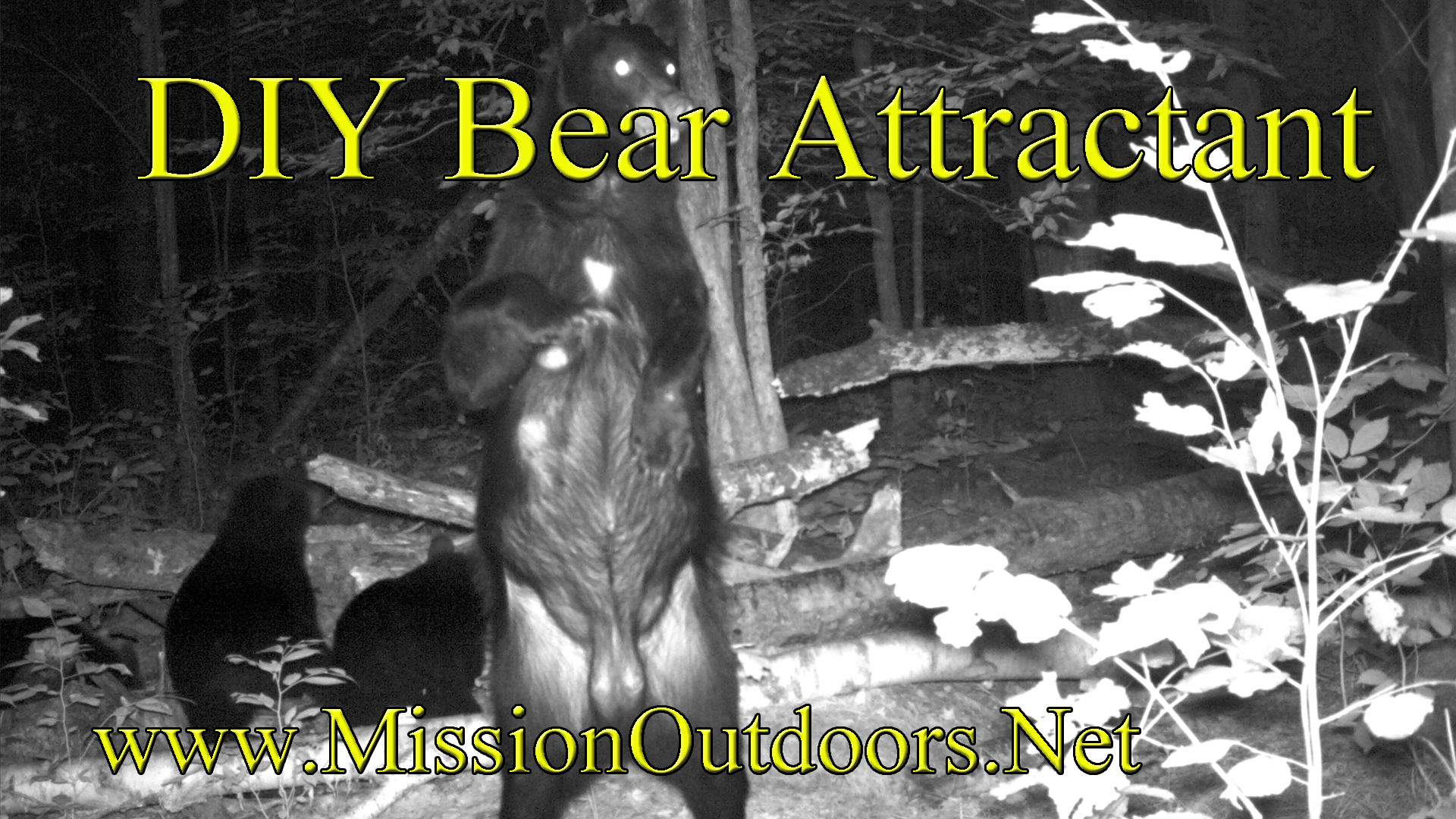 With bear season right around the corner, many people start looking at different baits, lures and attractants trying to pick the winning combo. While you can find commercial grade stuff fairly regularly in retail stores or online, below is my recipe that’s proven itself as a powerful attractant.

During this hunt, I tested this recipe for the first time, and the result was 90 straight minutes of filming a bear who just refused to leave.
httpss://youtu.be/BovNNm2Btds

Ultimately I opted to pass on him for a bigger bear, only to be taken out by a nasty ear infection the very next day ending my hunt.

While extracts of all flavors and scents have been used with success over the years, as has adding extracts to different cooking oils, what has worked best for me has been taking a 16oz bottle of salmon or fish oil which can be found at any trapping supply store or even your local sporing goods stores, then drain out about 2-4oz of the oil and replacing it with whatever scent you’d like. Typically I go with 4-6oz of extract, but it’s really a preference thing. I like my attractants to be as strong of a scent as possible, while still having the salmon oils for a protecting agent of sorts.

When used alone, the extracts will wash away fairly fast with any moisture; but when used with salmon oil, it becomes fairly water resistant due to becoming an oil based product instead of water based.

My go-to scent is 12-14oz salmon oil to 4-6oz Anise extract, but you can really explore new scents and combos relatively cheap. Another one I’ve been working with has been a mixture of blueberry, raspberry and strawberry giving it an almost doughnut like scent. The sky is the limit with what you can create, so get out there and get creative and have fun!

Thanks for watching. If you liked what you seen, please subscribe to our channel, and share with your friends.