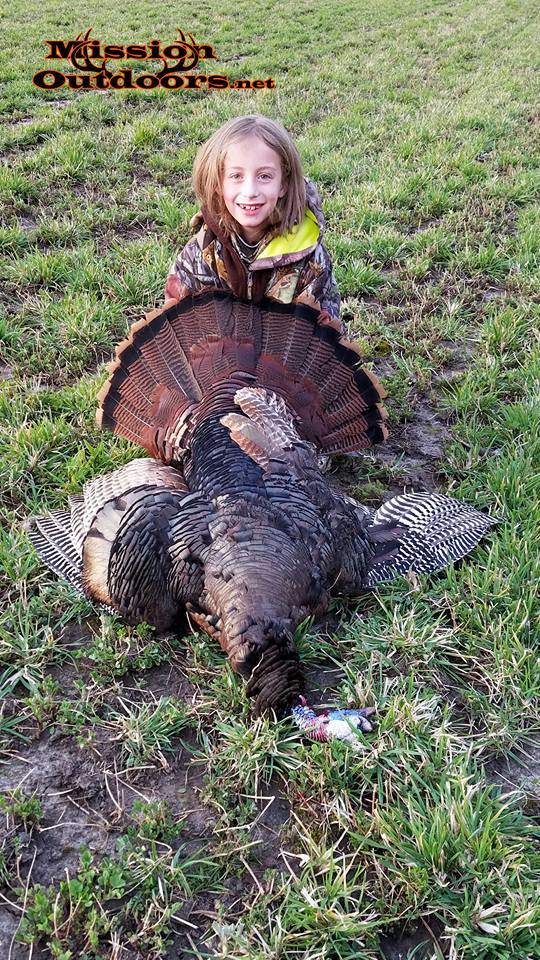 On the morning of April 13th I found myself tucked away under an overhanging tree branch with my 8 year old Daughter Madison waiting for the sun to start to rise, and the turkey to start waking up so we can figure out a plan for Madison’s first morning chasing Minnesota Gobblers.  As the sun started to show, it didn’t take long for us to realize we had unknowingly setup directly underneath the exact same tree the turkeys had been roosting in.  As they started to get more aggressive with their gobbling and other sounds, the first hen pitched down from the tree at roughly 75 yards away. Immediately I started to question if we were too close, and if we were about to watch the parade of turkeys walk away as soon as they made their way to the ground leaving Madison without a shot.

Sure enough one by one every turkey in the roost hit the ground at about 75 yards, and one by one they started heading North along an edge where the old dead brown grasses and new dark green grasses came together. As we sat there watching them leave, unresponsive to calls or decoys, I could see the hope in Madison’s eyes start to fade. I told Madison not to worry, it was only day one, and a lot can happen is a short amount of time. The rest of the day was uneventful, so with the end of day one we headed home, and I started planning for the next morning.  The alarm clock sounded at 3:45am on the 14th, and this time, I told Madison, we have a plan.

Observing how every single turkey in that group reacted to the edges of the old and new grasses, I suspected they would do the same thing as the morning before since we didn’t spook them, and they walked off in peace.  This time around we positioned ourselves about 100 yards North where the gap between the treeline and the new fresh green grass was much more narrow. Instead of a 75 yard shot, now if things worked out the way I had envisioned, they’d be at 20 yards once they started their trek North.  Sure enough as soon as the first bird hit the ground in the same section of the field as the morning prior, it started heading directly for us. This time, the bird (her bird) had noticed our decoy and started putting on a show for us. Not wanting to take any chances on her first turkey, I told Madison not to worry about me and getting it on video, and just shoot as soon as it cleared some thick weeds blocking our view and her shot.

It took the bird roughly 5 minutes to close the distance, but to us it seemed like forever. As soon as I had seen the bird was open, I whispered to Madison to take the shot whenever she was ready. Turns out she was ready immediately, and told me so with a BOOM! After the first shot, the turkey just stood there and I was kind of stunned as well, but Madison was on top of things and chambered another shell and finished the task with a second shot just as I had instructed her to do during practice and the planning.

I can honestly say I could not be any prouder of my little girl than I am right now. She told me she was going to get a turkey this year, and she showed me by filling our first tag of the season.  Now it’s up to myself and Caleb to follow suit and fill our tags. 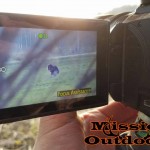 Filming Madison’s turkey on the approach. 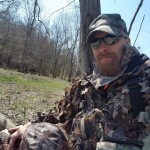 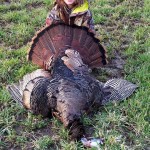 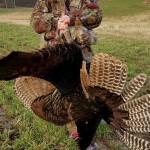 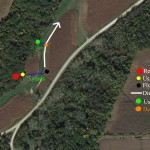